On Sunday 25 September we had to honor to welcome Edwin Maher in our Internations Beijing Book Reading group, to discuss his latest book “Caught on CCTV”.
I remember one of my Old China Hands lunches (Edwin is a regular), when some of our Chinese clients were having a lunch at Morel’s at the same time. We told them some ambassadors were in our lunch and if they wanted to greet them – and take a picture. Good idea till they spotted Edwin sitting there, they did not want to know about whatever ambassador: they only wanted to see Edwin and take a picture.
It says a lot about Edwin who has an impressive career in CCTV as the host for the English news.
So, happy he took some time on his Sunday before another CCTV appearance.

I am fortunate to have his two books, all a present from Edwin and signed by him. His first “My China Daily” was very well received, my wife said “You see this is what and how you should write”. Yes boss.
The book we discussed was his recent Caught on CCTV.

A history of CCTV: Caught on CCTV

When I started reading the book, I was immediately shocked. He dedicated the book to Yan Yinan, a CRI reporter with whom I worked for over a year, nearly every week, for interviews on the 2008 Olympics. She was a superb girl and when she left us, many like me were shocked.

As a writer myself I was amazed on how Edwin managed to keep track of all the little details on what happened in CCTV. Did he run the HR department? Bribe the HR director? Well, he did it the Chinese way (as I learned soon after landing here myself): he always carried a notebook writing down everything. But he beats me by far by his incredible detail.
So, the book might be at times a bit heavy, like a sort of Encyclopedia, reminding me of my own book. It is however an important historical document, it will be a legacy for all later to have the insights on how CCTV became what is is today.

I found back a number of CCTV hosts who interviewed me over the years…
Edwin writes with a healthy sense of humor but carefully navigates all “sensitive” topics one might look for.
As I understood he wrote the book on his MacBook Air, much like I often do. And he was clever to use a text software instead of the usual MS Word (it is more appropriate for publishing). 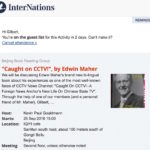 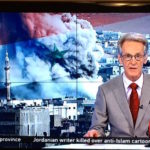 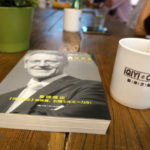 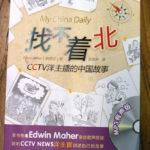 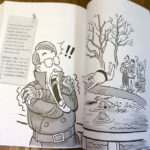 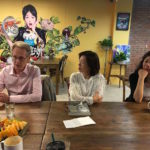 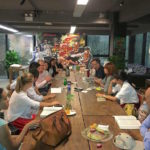 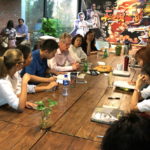 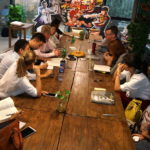 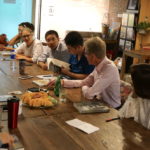 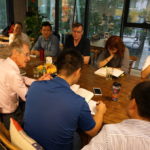 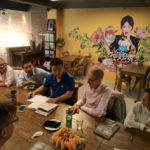 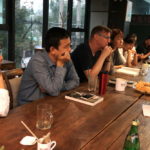 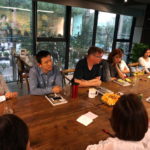 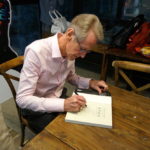 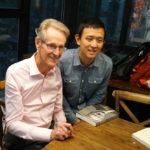 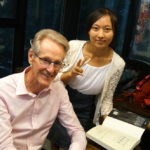 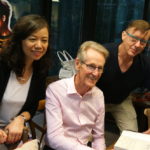 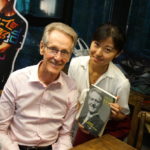 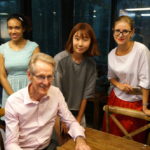 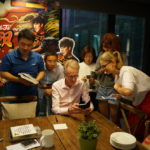 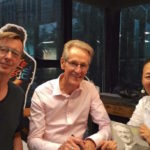 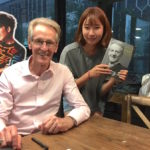 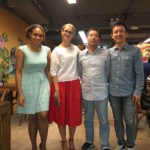 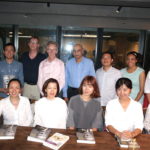 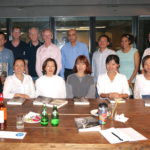 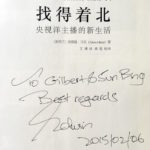 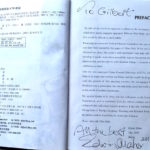 Our discussion was very lively and most wanted an autograph in his book, and the picture of course. Edwin was as usual so patient and friendly to satisfy everybody.
The pictures talk for themselves…