The little brothers of books: newspapers in print.

I mentioned a lot about books, but what about newspapers?
I have been a dedicated reader for decades of what was the International Herald Tribune, then later called The New York Times International Edition. Unfortunately, while the print arrives in my Beijing home in a sealed envelope, sometimes copies are censured of simply not delivered because of “bad content”. All while one has to submit also copy of the passport; not suitable for local Chinese. Worse, cost went up every year and one year subscription became RMB 9,300. Yes, that’s OVER US$9,300!!! So, I gave up and took a digital subscription. I am slowly getting used to it but I still miss my beloved newspaper. Now left is only China Daily, the newspaper without real news, so censured it has become. 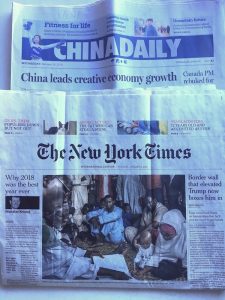 See the last copy I received.
I also kept some of the historical different prints from IHT and NYT, when they started color or different designs. I also have an original copy of the first ever China Daily!

Which is the best newspaper?

I tried several newspapers. The Wall Street Journal Asia is pretty OK but by far I have always preferred the “IHT”. Reason: in-depth coverage and a very wide range of articles, from U.S. politics to China issues, over arts, health, name it. 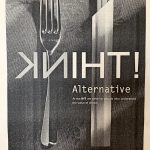 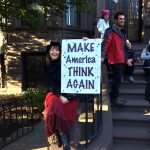 I still have this “poster” hanging in my office of THINK. Many people should read more papers like this, it would ‘MAKE AMERICA THINK AGAIN”. Oh well, wishful thinking…

Well, that is what I call short-sighted and stupid. I loved many of those. Anyway they were not available in the digital online version. Well we still have the China Daily cartoon, obviously not always that memorable. Except like this one of 19 December 2016 where it predicted the current trade war… 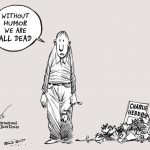 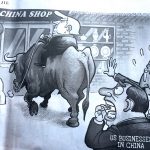 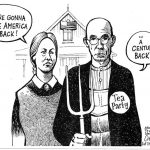 I also miss in the NYT digital version the other cartoons like Peanuts. I still have some in China Daily. Funny enough I found out that the same cartoon published in a different newspaper… is not 100% the same. 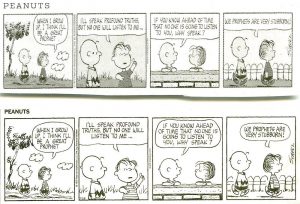 As we would say “spot the differences!”