In the afternoon of Sunday 26 February 2017 the Internations Book Club discussed Toxic Capitalism, in the Tree Gallery and Café, a nice coffeeshop near Capital Mansion and Liangma River – now closed as many other venues. 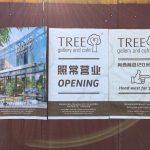 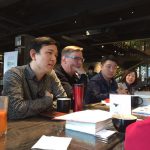 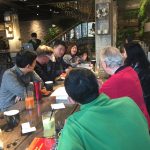 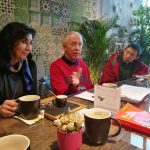 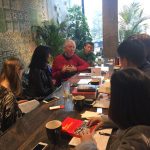 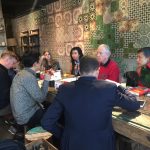 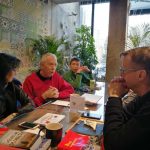 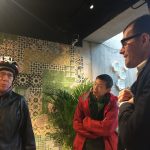 It was a lively discussion I enjoyed personally, always well hosted by Kevin.
More about Internations: https://www.internations.org/

At our next activity, Gilbert has kindly agreed to give a brief talk and join our discussion about his book.

Gilbert Van Kerckhove, is from Belgium and graduated as master in electronic engineering.
Since 1980 he has been working with China, where he spent over 30 years, mostly in Beijing but also in Hong Kong and Shanghai.
He is the president of a Beijing-based management consulting that provides strategy guidance to foreign and Chinese companies.
Since 2000 he has been assisting the Beijing Municipality in the areas of economic studies and foreign investment promotion. He has received the highest Chinese awards for his role in the 2008 Olympics, including the Chinese Green Card. He considers Beijing his home.
He is an avid reader of regional and international news and has built a large database on issues related to the environment, economy, public services, trade, labor markets, and more.

Toxic Capitalism criticizes the overconsumption and wastage caused by questionable companies, financial institutions and governments, and leading to depletion of natural resources and to environmental destruction.
Living in China, Gilbert became alarmed by the dramatic pollution levels and the impact of Toxic Capitalism – an unwelcome strain of capitalism that thrives on overconsumption and indiscriminate wastage, promoted by the West with the help of questionable companies, financial institutions and governments.
China, as Factory of the World, is facing depletion of resources and roams the world to satisfy its voracious appetite for energy, raw materials, and food.
How serious is the environmental destruction? Is capitalism fundamentally wrong? How did we come to this madness?
What can we do to preserve the future of our children?